Thanks to over a year of planning the day finally arrived! Here I was standing in Lusaka, capital city of the country of my birth, Zambia. Formerly, Northern Rhodesia, Zambia in the last century was known for its ivory, slaves, and minerals.

This trip would take our little group of avid photographers across three different regions where we would explore the wonders of this natural wilderness on a scenic tour during the Emerald Season.

Apart from returning to my birthplace, this was a wonderful opportunity to improve my photography skills on a safari offered by my cousin, David Rogers who operates Photos & Africa.

Along with myself this adventure included Amy, and the Colonel (Amy’s dad). The Colonel is an ex Vietnam soldier and a wounded veteran – Larry, who has some mobility issues. Amy treated her dad for this adventure of a lifetime so Larry could improve his skills for his passion of photography.

David (pictured) teaches composure and focusing techniques from entry, to medium, to advanced level photographers. This includes understanding animal behaviour, camera equipment selection, and image composure and development. As a keen photographer, I was hungry to learn new skills and hone old ones. There is a lot more to photography than simply pointing and shooting, and David combines bush-craft and photographic techniques in the field with those used post production like how to use Adobe Lightroom 6cc ©.

Before arriving at our first destination, Nkwali, we left Lusaka in a ProFlight jet. We flew over part of the 700,000 square km unfenced bush, where animals roam completely free and where the human is the guest! This area comprises part of the Southern part of the Great Rift Valley, an area that in the wet season is drained by The Mighty Zambezi and Victoria Falls; one of the 7 Natural wonders of the world.

Nkwali is located on the banks of the Luangwa on a magnificent meandering river overlooking the National Park.

We were ‘glamping’ with Robin Pope Safaris. This camp consists of six modest, but very well appointed chalets with bamboo woven walls and thatch roofs offering a rustic yet luxurious opening onto the river with magnificent panoramic views of the bush. The open-air en-suite bathrooms were also a treat.

Everyone is given a whistle and torch in case of an encounter with a hungry animal and is warned not to wander around the camp at night. The camp is eco-friendly with solar power and well water. We drank the water, which was clear, clean and pure, and had no problems at all.

Our first tour began in an open safari truck. If you are concerned about animals attacking you in the truck, you can rest assured that they only see the truck as one entity; they don’t see you! As long as you stay in the vehicle and keep quiet and respectful, you will be safe. Mind you, there is a scout official with a rifle that accompanies the group on any bush walking tours.

As you can see from this photo, Baobab are magnificent trees; they grow very tall and reach heights of 30 m. Their unusual trunk can have diameters of 7 to 11 m. We also have these trees here in Australia.

These migratory birds called Bee Eaters often nest in mud hollows on the riverbanks. Their colours are most striking. As the name suggests, they predominantly eat bees but will feast on any other insect on the wing. Before eating its meal, a Bee Eater carefully removes the sting by repeatedly hitting and rubbing the insect on a hard surface; a bit grisly but then again who said catching supper was easy?

This photo is of Jacob Shawa who has been guiding Photos & Africa river trips for more than 10 years, and was behind the wheel. Jacob is enthusiastic and sharp-eyed as ever. He predicts how and when the animals will behave and has a deep knowledge and respect for the African bush. Jacob, a proud Zambian, added the extra human element to this tour with his knowledge and friendliness. During the trip, Jacob being a true gentleman, helped ‘the Colonel’ get around whenever needed.

We were able to photograph a buffalo herd, and you can tell who the boss is with the grass in his mouth! These animals are extremely territorial, and fiercely protect their own. The old bulls defend the herd at all costs, often scaring away would be predators. Ox Peckers often hitch a free wide with the buffalo.

Meet Ginger, brother of, Garlic. These two lion brothers have an alliance and live together in the bush but Ginger is a bit of a loner with a strange reputation for having eaten his wife. Maybe he’s full of shame and guilt?

We found Ginger plodding across the plain having just being displaced by a herd of Buffalo from his resting place under a tree. He was very unimpressed as he sauntered past us to find another copse and shade from the midday sun.

By this time it was time to return to the camp to eat and rest. This might be a safari but there is no roughing it here because there is plenty to eat and drink, and the staff are genuinely attentive. The service included ice-cold beers, and laundered sheets. Even our grubby bush clothes were washed and folded every day, it was like being at the Hilton, but outside in Africa.

Camping in the Emerald Season is lush and very green; a fierce difference to the dry season where bush dies and turns yellow and dusty. The river in this season is wide and calm and it’s almost impossible to imagine that in the dry season it’s a baron and void land. The meandering river’s water is coffee coloured with no visibility to what swims below. As you sit looking, there is nothing, not a sound, just the sight of a vast tranquil body of water sliding quietly towards the sea.

After a siesta, we headed out on another bush drive and came across a herd of elephants. Although these animals appear non-threatening, an unassuming browsing elephant will quickly challenge any intruder who walks into their space. We found this out by being mock-charged by an old bull below. As Jacob quickly pointed out, you have to know the rules of engagement when photographing animals in the wild. 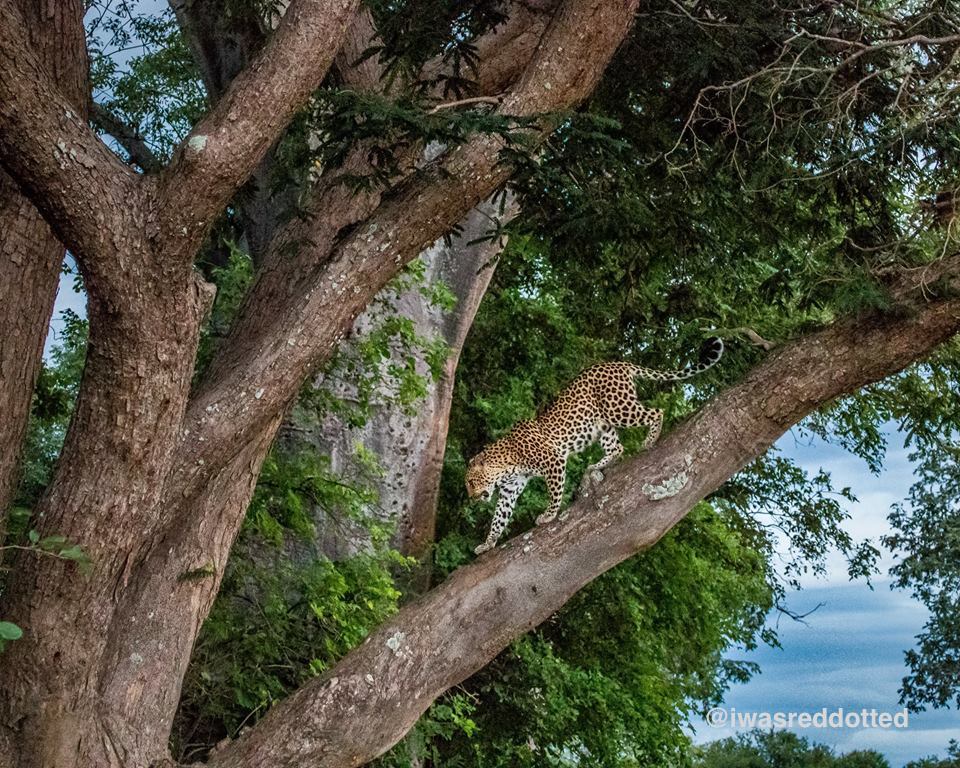 On our afternoon escapade we came across a snoozing leopard high on the limb of a tree. We wanted to photograph her immediately because we knew this was a good opportunity, but Jacob to his credit advised us to wait here for the leopard to come down. We stayed until the sunset, and then as predicted by Jacob and true to any cat, she stretched, yawned, and descended from the tree to prowl the evening bush.

In the morning we with savoured the bush cooked eggs and bacon with toast from the grill all cooked over an open fire.

As we departed in the little tinny boat, we bid Nkwali farewell and looked forward to the next part of the journey, the wild and remote Nsfeu some 30km up river.

A Smorgasbord of Exciting Holiday Destinations Across NSW